The Conrod family co-founded BIBLEBYTES  in 1982 to publish a series of Bible-based Computer Games for the Radio Shack TRS-80 Color Computer.  The Conrod family originally released the following titles; Bible Scramble Games,The Memory Verse Games, The Quail Game, Moses’ Rod, Noah’s Ark, The Church Growth Game, Heavenly Mansions, The Exodus Game, Manna from Heaven, The Rapture Game, and Daniel & the Lion’s Den. The Conrods also developed a church checkbook management and auditing system under the company name of Command Plus.   In 1983, the Bible Computer Games were ported to the Texas Instruments TI-99  and the Timex Sinclair computer systems. Click here to view some of the original computer systems we developed our games on back in those early days of micro-computers.  BIBLEBYTES also distributed their Bible-based learning games at Christian bookstores and church conferences in the 1980s.

In 1983, the Conrods assembled the Bible Computer Games they had written into an easy to use textbook tutorial format which could be used by beginning programming students to learn the BASIC computer programming language. The book was designed to be used as a supplementary computer programming textbook.  In November 1983, the Conrods signed a publishing agreement with Accent Publications for their first COMPUTER BIBLE GAMES programming book.  The first “COMPUTER BIBLE GAMES” programming textbook was officially published on January 1, 1984 by Ac’cent Books for the Radio Shack TRS-80, Texas Instruments TI-99 and Timex Sinclair micro-computer systems.

The book received its first media review in the July issue of Christian Bookseller Magazine.  Randall R. Warren wrote, “Computer Bible Games is one of the first of what will no doubt will be a long line of programs and ideas for using a home computer for Christian education and recreation.”

Doug Vos, founder of the Christian Computer Users Association said the book was, “A useful supplementary text for Christian school computer classes. Great for beginning programmers. This book is a wonderful start in an area much neglected by thinking Christians. It is hoped that this book is only the pioneer in what will become an earth-shaking Christian software industry.”

Don Dengerink, Christian Education and Technology Consultant said,  “In this age of technology we are seeing an explosion of knowledge in the area of computer science. The possibilities of growth and development with the use of computers in Christian Education are staggering and Conrod’s book is a step in the right direction. Conrod’s use of games to introduce and reinforce Biblical truth makes learning fun for both children and adults.” 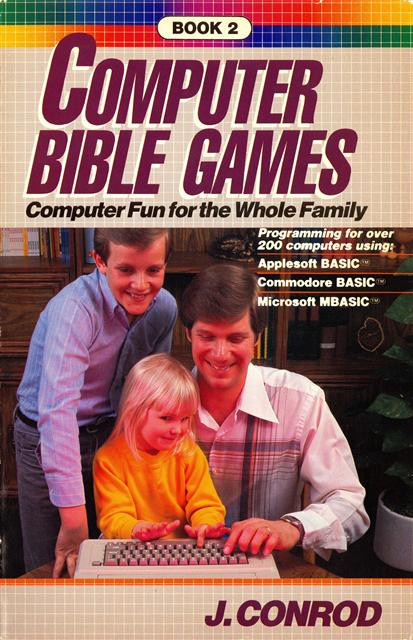 We also added the following new Computer Bible Games that were written exclusively for the IBM PC-DOS / MS-DOS Compatible platform: The Lost Coin Game, Elijah and The Ravens, David and the Giants, Journey of the Wise Men, The Sermon on the Mount, The Sheep and the Goats, The Good Shepherd, Paul & the Jailer, The Prodigal Son Game, Old Testament Books I & II, New Testament Books I & II, Bible Books I & II, Bible Who is it, Where is it, and What is it, The Bible BAGELS Series and The Bible TOE-TAC-TIC Series.

In 1991, we started porting our Computer Bible Games to the fast growing Microsoft Windows Graphical User Interface (GUI) platform.  The classic games we  decided to port to Windows were: Noah’s Ark, Elijah & The Ravens, Daniel & The Lions,  The Good  Shepherd, The Prodigal Son, The Lost Coin Adventure, The Exodus Game and Moses Rod.  The rest of  the Computer Bible Games were retired with the MS-DOS Operating System and discontinued.

In 2015, we updated all of our textbook tutorials to Visual Studio 2015 and Oracle Java 8 LTS. 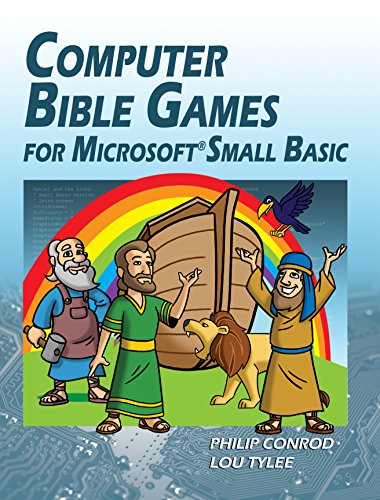 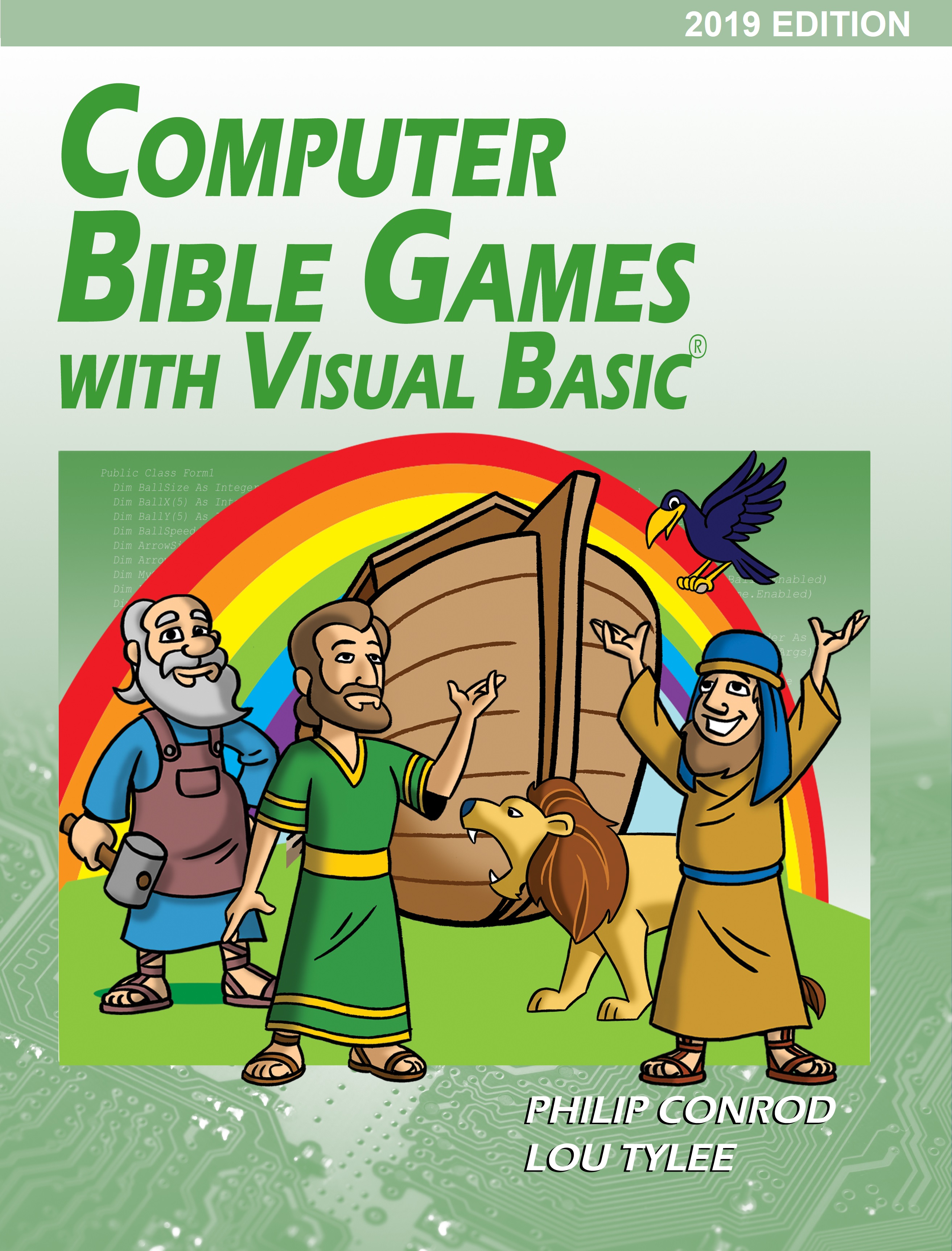 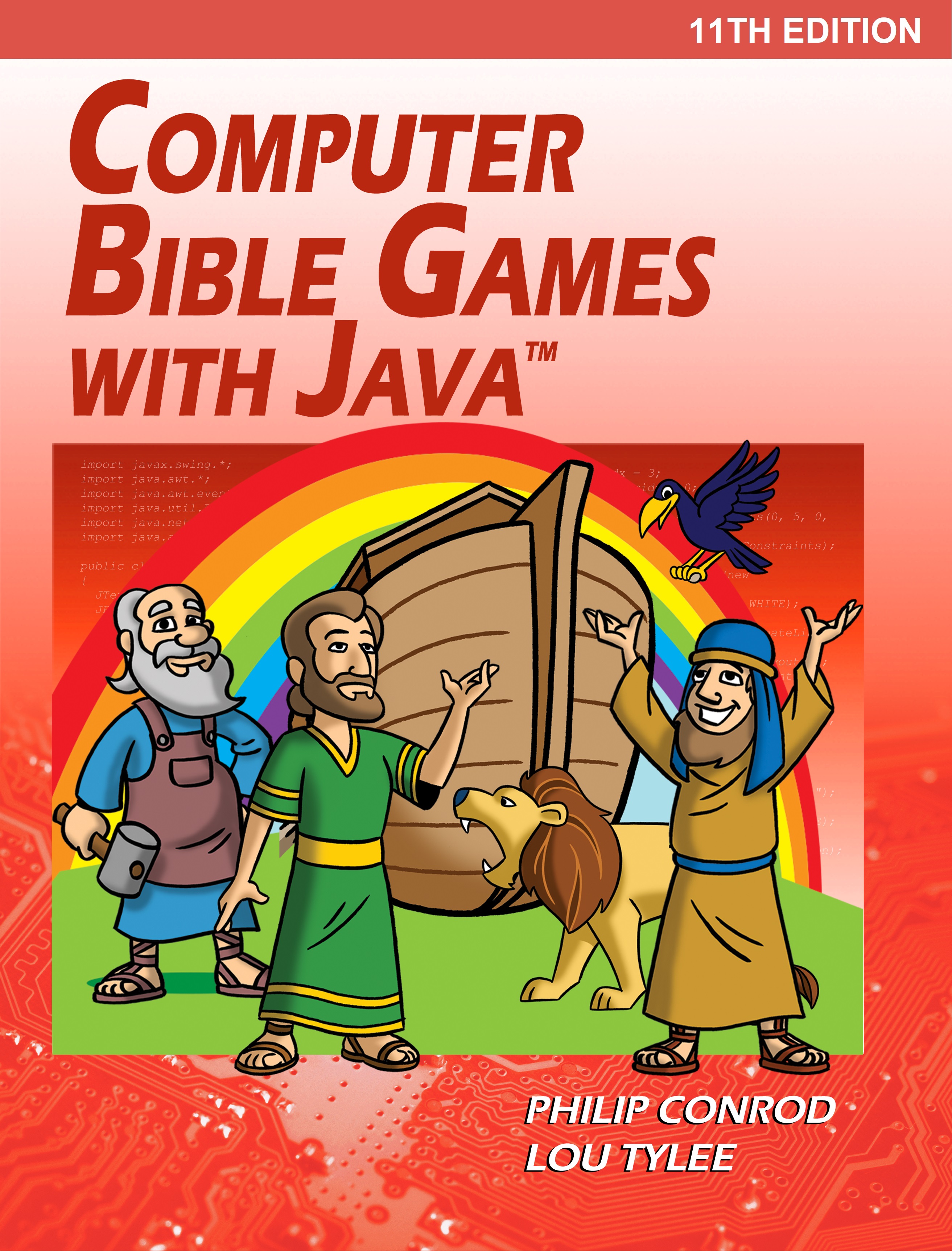 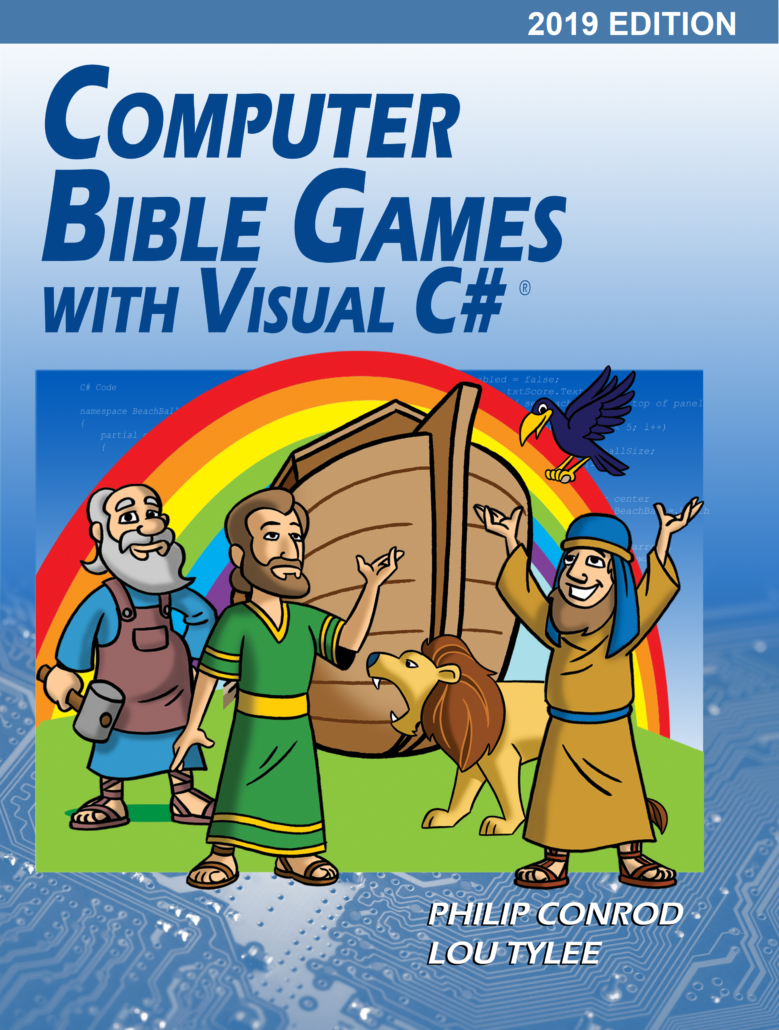 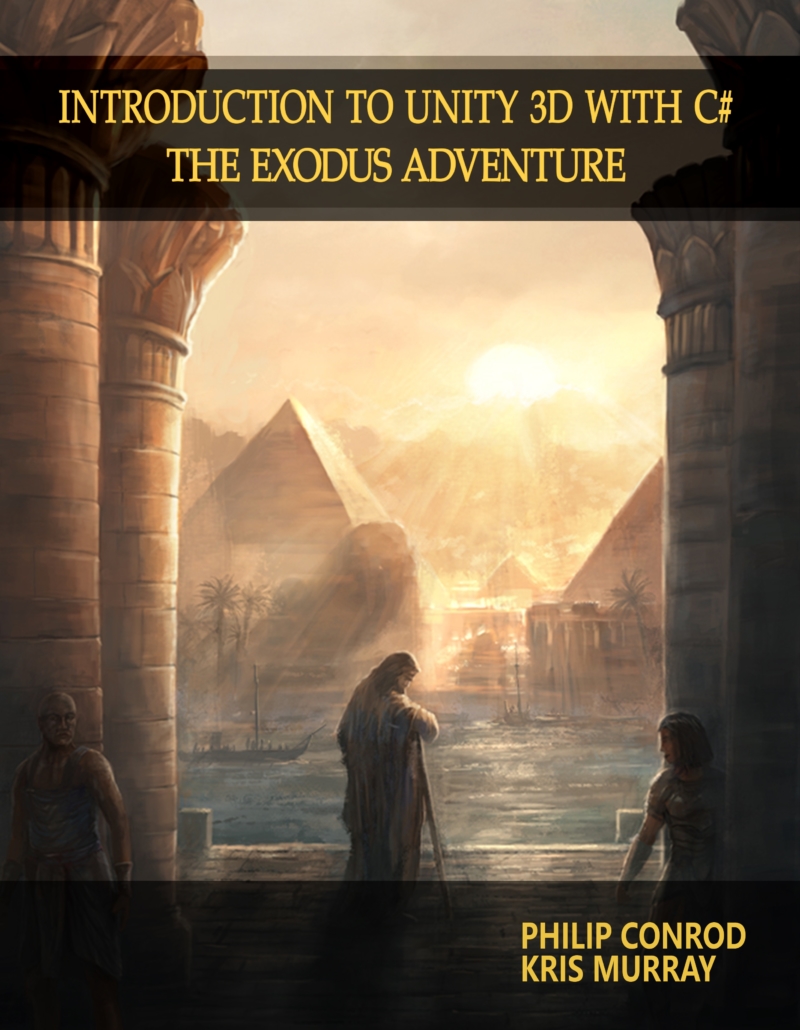 However, you can still purchase our award-winning Microsoft Small Basic programming textbook tutorial for kids & teens at the following online bookstore.  Click on the links below to purchase our textbooks online: